My son was given the following problem in his math club.

Can you find four whole numbers where their sum and their products are the same? What about five whole numbers?

Spoiler alert: If you read further, you will get the solution to this problem. You may want to try it out yourself first. Scroll down when you are ready. 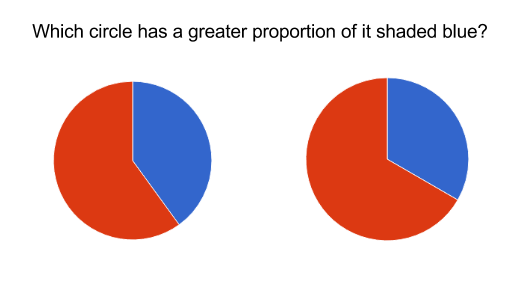 This is the equivalent problem in a different representation.

My son was comparing two fractions to decide which is bigger (a problem that appears in his Beast Academy workbook).

He looked at the fractions and noticed that if he changed the first fraction, he could get the denominators to be closer together.

we would know that is more than

What I find interesting about this is that I was taught that in order to compare two fractions, one first needs to be able to find a common denominator. Obviously that’s not true.

Tonight I introduced the sad tale of Daedalus and Icarus to my son. In case you are not familiar with the story, Daedalus and Icarus are stuck in the tower in the middle of the maze with a horrible minotaur blocking their escape. Daedalus builds wings and they try and fly away.

My son and I played this game (based on the Collatz Conjecture) and quickly found a value of Daedalus that allows him to fly away and escape the maze. We then started trying to find values that allow Icarus to escape (we haven’t succeeded yet).

At one point my noted the following:

This is essentially inductive reasoning. He’s reasoned that if we know case n works, we can find a larger case by doubling it. Since we know at least one solution for Daedalus works, and that we can double as many times as we like, then we must have an infinite number of solutions.

My son was reading one of his novels recently which had Roman Numerals as the chapter titles. He’d learned about Roman numerals in kindergarten but had forgotten what L meant. Here’s how he figured it out again.

I must be 1 because it was the first chapter.

Knowing a little bit about Roman numerals was probably helpful here, but so was knowing something about how books work and what kind of answer would be realistic. When children don’t know what kind of answer is reasonable, it makes doing the mathematics harder. 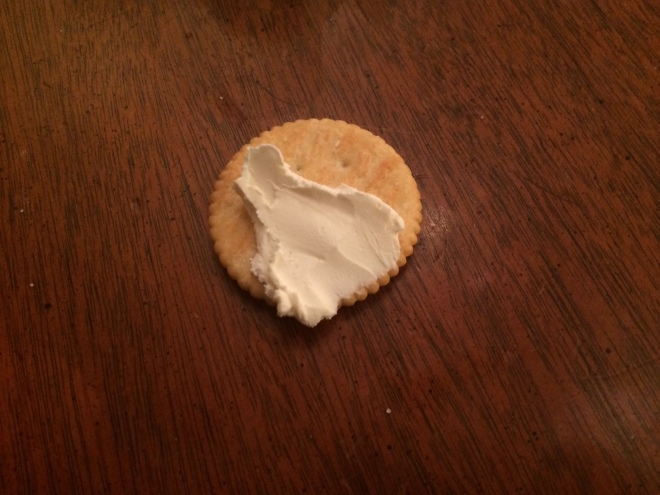 “Why do you want a knife?” I responded.

“I want to spread my cream cheese. On my cracker.”

“Why do you want to spread your cream cheese?”

I gave Timon a knife and he proceeded to take the cream cheese that was on his cracker and spread it out until it covered much more of his cracker. Then he smiled and ate the cracker.

Timon doesn’t yet know that no matter how he manipulates his cream cheese, there’s always going to be the same amount. He has yet to learn the Conservation of Cream Cheese Theorem.

I wonder how much longer he’ll think that he can get more of something by spreading it out.

As we were traveling back from track practice tonight, my son and I had a fairly natural conversation about driving on the highway.

Son: “How fast are we going right now, Daddy?”

Me: “According to my speedometer, we are going 2 miles over the speed limit. Oops!”

Son: “So if we were traveling for a whole hour, we would only go 2 miles??” Here my son is double-checking his reasoning with me and thinks I might be a bit crazy to suggest that we are going only 2 miles an hour. He has a strong sense that the speed he can observe outside the car does not match the calculation he has done.

Me: “I have a question for you. If we were traveling at 60 miles an hour, how far would we get in ten minutes?” Now, if we were not in a car and I was not trying to strike up a conversation with my son, I probably would not have asked this question. In the context of driving a car down a highway, I think this makes sense as a conversation starter – at least to a parent who is a mathematician and a mathematics teacher.

Son: “Well, there are 60 minutes in an hour and we are traveling at 60 miles an hour, so ten minutes must be ten miles. I don’t know how to explain this, Daddy!” Actually, you did explain it just fine son, but somehow you feel your explanation is inadequate.

Me: “I think I understand. The miles and the minutes have to be the same.” My son did not articulate his thinking in this way. I don’t know if this was helpful or not, but I felt that he wanted me to revoice what he had said using different language.

Me: “I have a harder question.”

Son: “Okay, but I want it to be just slightly harder not a lot harder, okay?”

Me: “Okay. If we were traveling at 50 miles an hour, how far would we travel in ten minutes?” This question comes straight from a video I watched of Magdalene Lampert teaching during a workshop she ran over the summer. I was curious, how might my son approach this problem?

Son: “Hrmm. Maybe 9 miles an hour?” I love that my son’s first instinct is to estimate.

Me: “How do you know that?” I always ask this question, so this is normal for my son, rather than being like a quiz. I’m not quizzing him to find out how he understands, I am genuinely curious.

Me: “How could we double-check that?” This is the teacher in me. I’m never satisfied with the first explanation.

Me: “Can you work it out? Also, I recommend paying attention to the answer.” This comes from MP7 in the Common Core and George Polya’s heuristics for problem solving — pay attention to the form and structure of your answer to problems as it can make other problems easier.

Me: “So it must be between 8 and a quarter and 8 and a half.” This is a key idea that I am sorry I did not let my son develop himself.

Son: “What about 8 and a third? Let’s see. YES!! 6 thirds is two, so it works! I got it! Daddy, that problem was not a ‘little bit harder’ than the other problem. It was WAY harder.”

I find it hard not to turn off my teacher self when my son and I are discussing mathematics. I find myself really curious about how he will approach problems and I often find myself straddling the line between pushing him to articulate his thinking and just being a bit annoying.

On the other hand… the teacher part of me is now curious; which mathematical standards and practices did my son and I uncover in our conversation together? I remember Magdalene Lampert telling me once that when she teaches, she tries to hold all of the standards for the year in her head while working with students because she is never really working on one specific thing at once; she is trying to connect all of the ideas of the year together.

Screen-shot from one of the puzzles included in the block game.

I wrote this puzzle/game last year with  the hope it could be used to help generate some thinking about area, multiplication, and addition.

Here are some questions you could use with the game.

Try solving the problems, if possible, in a variety of different ways. Which ways give you the most points? How much is each piece worth? What is a general strategy you can use to get as many points as possible? How do you know your general strategy is effective?

Note: This game does not currently work in Internet Explorer.